After laughing my head off at this film, I thought that there could only be one person who could comment on this scene from a training point of view: my friend, ex film director and great trainer: Max Damioli.

He would definitely stick a knife in his leg just to try out a new experience 🙂 , that is why I asked him for his “irreverent” point of view:

Max, what message does this scene portray?

As a film director, I appreciated the fact that the scene introduces the FUNNIEST 4 SECONDS OF THE ENTIRE FILM: the silence between the point in which Ricky decides to stab his leg with the knife and his scream are … 4 seconds of great comic cinema!

Before commenting on the message, I would like to tell you a true story.

A great friend of mine, very sporty and athletic, was affected by a palsy to his legs after a car accident, which left him immobile for a period of time because of the compression of the bruising on his spinal cord. After several weeks, the bruising disappeared and from a neurological point of view – like in the film – he should have been able to start walking again but….

….in the meantime, in the weeks that he had been moving around with a wheelchair, he had invented a system of wheels and materials and invented the wheelchair which is still used today during the Olympics to do certain sports.

Not only did he invent it, but he knew how to use it so excellently that he was able to go up and down stairs without any help at all.

He was an ordinary guy before the accident and today he is the NUMBER ONE OF WHEELCHAIRS IN THE WORLD.

When he was told that he could stand up and walk again, he whispered to me: “…if I get up from this wheelchair, I will go back to being normal again, while seated in this wheelchair, I am the number one … I think it’s a small price to pay for a great leap to the top of the league”. And he never got up again.

I learnt alot about coaching from that episode:

1) Behind every (and I mean EVERY!) “situation” there is a conscious CHOICE to be made which leads to a BENEFIT… even if WE DO NOT THINK so.

2) It is not for us to decide for others if it is RIGHT or WRONG to remain in a wheelchair (or on a deathbed)…it is for them to decide and we should prepare ourselves to undersign such decision.

3) We can ask ourselves two things:

a. As a “victim/ill person”: “HOW DO I BENEFIT FROM THIS SITUATION?”

b. As a COACH: “Can you get the same results without having to reduce yourself to a wheelchair?”

In other words: no “casual” condition exists in the world which has not been subscribed by someone who has “gone through it already” and, usually, behind the reasoning to back this decision, there is usually an ADVANTAGE (even if the “disadvantages” seem to be greater to us).

Judging on your experience, how many Ricky Bobbys do you know?

It would be easier to count those who ARE NOT like him. Very few.

Most of us use what is AROUND us to avoid looking INTO things and often gives the “blame” to someone or something “out there” for our own status.

At times, life puts you in front of situations of “knives stuck in your legs” which to our regret we have to get up and walk away from on our own two feet. Usually a war, an earthquake, a death, an accident, an illness, a loss, a failure: you either die or you are reborn. More than often, you are reborn. At times, first you die from within and then on the outside.

What advice would you give to people who continue to stab their legs with knives every day?

I do not follow advice: I know how to make mistakes on my own, but IF IT HAPPENED TO ME… I would say to myself:

“I have no need to find excuses if I want to play basketball on a wheelchair…I could also play if I was normal”. I do not need to pretend to be paraplegic if I want to allow my wife to sleep with other men. Or if I want to buy myself a camper with a director’s chair. Or, instead of trying to find the best strategy to remain seated and get what I want, when I can get up and get it for myself.

I would like to finish by saying that every time someone in the past said to me that I would not have been able to ski or walk normally after an accident, I enjoyed pretending, as IF IT WERE true…. and I have always been considered more capable and stronger than before! (well done! thank you!:-))

Well done! Thank you! I’m honestly saying it to you Max. I have always enjoyed your way of seeing things.

To all our friends, I would like to suggest the following: Grow, train and learn with films. We have re-opened membership:

Now it’s your turn to give us your thoughts …

"Talladega Nights: The Ballad of Ricky Bobby" – A film by Adam McKay with Will Ferrell, John C. Reilly. USA, 2006

"The Ultimate Introduction to NLP" by Richard Bandler, Owen Fitzpatrick 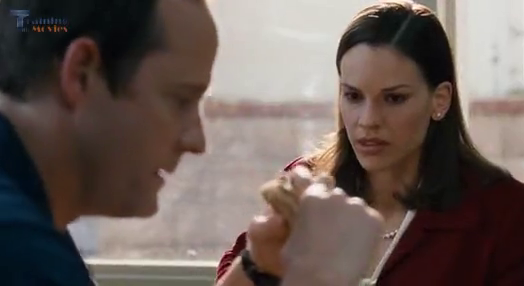 Searching for a shared vision

When reality and imagination get mixed up