The force of gravity is not just physical, it’s mostly mental. It is that psychological ballast that keeps us stuck in our ways of thinking. Even after centuries, after hundreds of martyrs and thousands of stories, we are able to admit that the truth is hidden between what we do not know.

In the movie “Another Earth”, the appearance of a new Earth in the skies leaves everyone stunned. Up there in space there is a planet identical to ours, with a population identical to ours, another me and another you. Rhoda, after having caused an accident and doing time in prison, would like to fly away, beyond the eternal barriers of remorse, guilt, with imagination, towards everything that she could discover: a better life.

There is a risk of ending up like the allegory of Plato’s cave and those who live there. One of them went out and found a better way of life. But on his return nobody believed him, and he was beaten and mocked.

Here is the hidden meaning:

In our life, what is the outside of the cave represented by? And who are those who would like to keep us in the dark? And what keeps us from going out to discover new points of view? Is it more the fear or the necessary effort?

As for the latter, effort, this plays a primary role. It keeps us glued to the ground in the cave, where we each have our paintings, our comforts, and our furniture. Just do some home improvements every so often, give it a fresh lick of paint, put the latest technology in it, and that is enough to relieve suffering and dissatisfaction.

But physics teaches us that if you want to fly, more energy is needed to defy the force of gravity so that you can make 10 revolutions around the Earth’s orbit. It is a question of inertia, of the effort needed at the beginning of a change; but if it is done, when the force of gravity has been overcome, the “spaceship” will not come against further resistance and will be able to explore new worlds for years without effort,.

Instead, fear of the new is in fact “fear of losing the old.” As Rhoda reminds us, very often the significant breakthroughs have come from those who had not much to lose. A good economic position has never been an index of “exploratory curiosity”, rich people are not the ones who have changed the world. It has been done by normal people, they have “changed” the world, and become rich in the process, and this is a fact that we should always remember. Because you, like me, are a “normal” person.

In some ways, this is an exciting time. Many people have nothing to lose and if it is true that desperation can make you blind, but other times it can express constructive creativity. It can express renewal.

When John says to Rhoda:
“You don’t know what’s out there!”
she replies:
“That’s why I would go!”

If, at this moment, everyone around us screams “You do not know what the future holds”, together we respond:

For the want of a new and better world.

Dedicated to the crazy ones

Remote Viewing: what skills do we need to do it 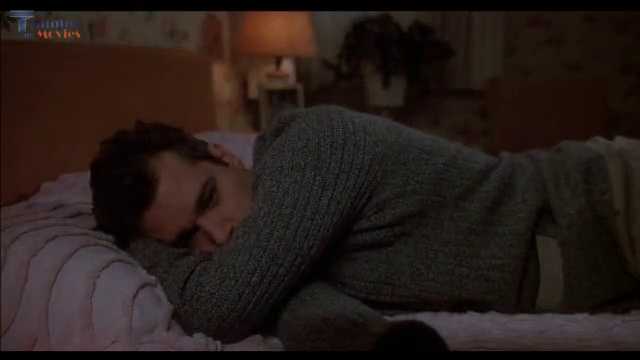 What’s wrong with that?