Doesn’t it seem absurd? While the tyre is losing air, Alex and his grandfather rush out of the car to catch the kid, as if catching him and punishing him will get their car going again so that they can reach their objective. Little effort was needed, which was to take the little stone out of the valve and limit the damage of the prank so that they could continue with the journey.

In life there are more people worrying about the guilty, like in the scene, instead of taking action to gain results.

The same can be said of companies, where more people work on the problem instead of the solution. You need wisdom to let the problem pass, more than what is needed to contextualize the problem which can come is all shapes and sizes, as we know.

Who does not know of someone that, in both a work context and a personal one, has dwelt on the problem turning it over on their mind for hours at a time, sometimes for months and sometimes for years, while the problem becomes even worse.
Shall we talk about those who govern us?

Look at public debt. In May we reached a new high. And instead of removing the tiny stone… (the fight against waste; cuts to ministers’ heaving wage packets; reductions to super pensions; the immediate monetization of seized assets from criminality and firing of managers who have badly governed hospitals, public bodies, and even regions)…everybody chases after the kid (punishing businessmen and employees in equal measure, having mass controls carried out on honest people, increasing taxes and decreasing services).

A tale comes to mind of the man who, upon entering his office, realizes that the wind blowing through the open window is sweeping the documents all over the place. Angry as he is, he starts to tidy the papers on his desk, instead of closing the window which allows the wind to continue blowing the documents everywhere.
Close the window.

That’s all we need to do, before doing anything else. Before pointing out the guilty parties; before discovering “why” what has happened actually happened. Quoting Richard Bandler “If you fall into a river, are you more interested in getting out, or working out how it happened?”

To be “directed towards the solution” is an approach which pays you back a lot both in the short and the long term. Let’s use the example taken from the scene of film “Everything is Illuminated”. The 3 adventurers are on their way to Trachimbrod, a place which has disappeared on maps, home to the old Nazi injustices. The joke played by the boy is irrelevant in the future when they think about it, and in the meantime they waste precious energy on chasing after the problem.

Continuing with the metaphor, we are all in a car and every so often someone plays a sick joke, it is up to u sto decide whether to use our resources to punish the guilty or head towards the solution and proceed to our destination.

My studies lead me to believe that we are talking about both an “ability” and a “behaviour” where one strengthens the other like in a propitiating dance. By continuously thinking about possible solutions, I find myself acting in this way and giving more importance to the solution than to the problem, and we all know how satisfying this type of approach is.

Above all nowadays, at a time in which, if you are one of those who collect solutions, everyone is looking for you and your opportunities start multiplying.

"Everything is Illuminated" A film by Liev Schreiber. With Elijah Wood, Boris Leskin, Eugene Hutz. USA, 2005 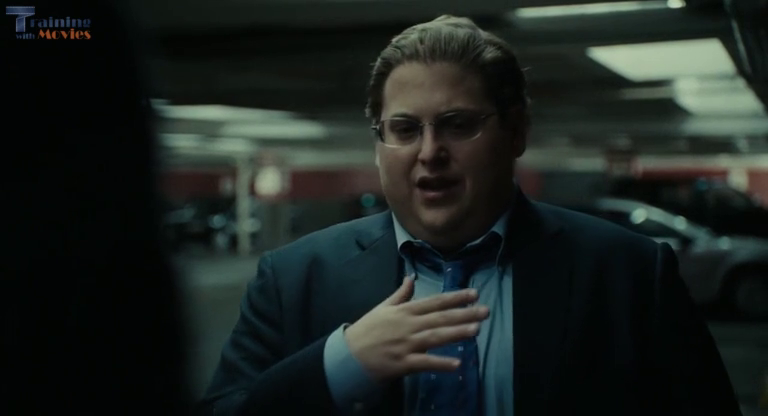 An external point of view

The most difficult job in the world

Remote Viewing: what skills do we need to do it